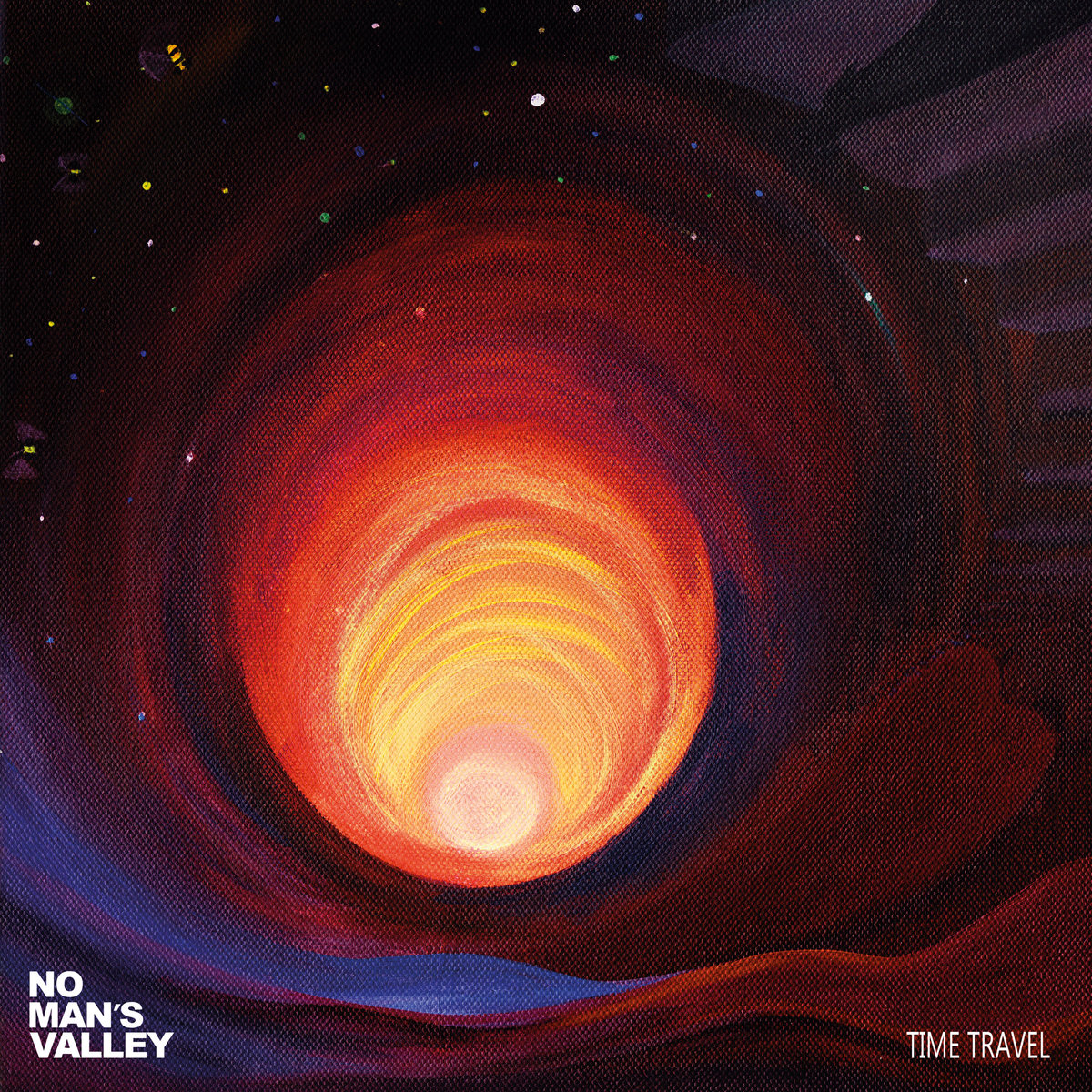 Two first’s here; first psych rock album I’ve reviewed, and first non metal album I’ve reviewed this year. And as it turns out, both of those factors breed success. No Man’s Valley’s Time Travel is an exquisite, psychedelic rock record that doesn’t let on to the band’s current amateur and unknown status. The production is absolutely fantastic, sounding like a majorly influential psych rock album from the 80s-90s, rather than some random bumfuck’s record in 2016. Almost every track is a hit, but I especially have to point out Killer The Bees as my favorite. That sarod (?) line is going to be stuck in my head for a while now.

The trouble is for as much as I like this, it’s hard to come up with shit to say about it, for various reasons. For one, you do have complete stinkers like The Wovles are Coming, which is the only track on here that doesn’t tack advantage of the psychedelic atmosphere that tinges the record, giving it the sound of someone warping through the time continuum. It’s generic stoner rock and isn’t memorable in any way, which would’ve be too bad if the album gave us more chances to have memorable moments. Time Travel is just around as short as this review is going to be, not even clocking in at 35 minutes. It feels more like an extended EP than a proper album, and that doesn’t really fit what is apparently a concept album. It’s like giving us the abridged version of a much longer story. You know those classics abridged books that were popular back in the late 90s? They looked just as thick as the original books, but that’s because the font was huge and every other page had a picture? And I mean I loved them when I was like 11, and at that age I’m like “wow these are great, I’m so good at reading for getting through these hard books!”, even though they’re like 200 pages and have 40 pages worth of words. I sort of feel like that here. Obviously with tracks such as Love or Axe Murder, this album isn’t kids friendly, but it feels like a shortened version of a much greater story that we’re all missing out on. Perhaps this album is just a feeler album that the band is putting out before doing something greater. This is their debut album, so who knows what they will do in the future. However it would’ve been nice to get at least 10 more minutes of the time travel blues.

But who am I kidding, this is still great. I’d much rather albums be too short than too long, every single time, and even if there are two stinkers (the finale, Goon, is massively disappointing for it’s length and has awful piano sections), 6 out of 8 is good, especially when 5 of those are fantastic. I’m don’t have a massive amount of experience in this kind of music, so my perspective is quite limited, I’ll be the first to admit that. But for what it’s worth, I enjoyed the fuck out of this, and would recommend this to anyone who wants a trip from a relatively underground source.

I don’t even know what to think anymore. Some of the songs here are godly, some are completely forgettable. What Doesn’t Kill You, No Man’s Land, I Turn to Stone, and Southern Star are awesome stoner metal epics that utilize diverse instrumentation and progressive song writing to create memorable ballads full of color and beauty. The other tracks might as well not be there. Like none of them are bad, but I just don’t give a single shit about them, sort of like how a rhinoceros doesn’t give a single shit about the wage gap. They’re mostly just generic stoner metal tracks that you would find on any record that has 70s nostalgia as their goal. I liked this but I feel like the band’s age is starting to show, and they’re running out of ideas. Time kinda sucks like that.

My first impression of Sleeping Volcanoes was that it was run of the mill stoner rock, mostly made by the corny lyrics and unimaginative nature of the music. Which surprised me, considering this band has one of the most laid back names I’ve ever heard, and the music felt like what you’d listen to at a trailer park in the south. It became apparent that this is very intentional, as Ten Foot Wizard is a VERY southern influenced band. It edges way more towards the blues side of stoner rock, which is especially pronounced in the guitar tone. The album includes banjo interludes, even having a track that sounds like someone recorded a guy fiddling around on his banjo while sitting on his rocking chair on his front porch (I say he because let’s face it, this is the south we’re talking about). There’s a certain quirkiness to this album that adds some flavor in what is mostly an average record. The sound is very old school, which is in direct opposition to the current trend of modernizing stoner rock/metal. There’s also two brief periods of stoner doom, but they feel more like afterthoughts than any major part of the album. What truly separates this album from the rest of the stoner rock lot of 2015 is the last track, Ode to Death. Because boy, it FEELS like an Ode to Death. It starts off calm, with a bit of tearful twang in the guitar. God damn that guitar tone. It sounds like typical blues guitar, but it just so contrasts with the rest of the album being all “get drunk and fuck a pig” that I can’t help but feel moved. The track builds tension of momentum better than the large majority of post-metal bands ever could. When the climax hits, it hits at just the right level of hard. Enough to feel it good, but not enough to blow you off your feet and disorient you. The unfortunate part is that this climax comes at around the 60% mark of the track, the rest being some light noodling over a sample of a monologue about death and our place in life. I won’t lie, the sampled speech does feel fitting, and it isn’t a totally bad closer, but I do feel that this would’ve been much better if Wizard let the music do the talking, instead of someone else. Sleeping Volcanoes feels like it’s sleeping while the music is nothing but sleepy, then awakens when the music takes a chill pill to relax, only to erupt when the time is right. A good but not great album with a cover art that couldn’t represent the band’s name better unless it was literally a 10 ft wizard on the cover.

Really not a bad album, but I will admit that there are times where the vocals can sound quite silly and cheesy at times. The lyrics also need some work. Instrumentally it’s fine though, if a bit boring. As an aside, the cover is really nice but it really doesn’t fit this album at all. I was actually really scared to listen to this because it looked like something someone would make in their bedroom or something. Pleasantly surprised, but not so much that I thought this was great.

Really just pretty good stoner rock. This album is much more southern rock based than some other albums I’ve heard. Some of the lines are cheesy, there’s a song about pot that isn’t exactly the most profound thing in the world, and mostly it’s just ok stuff. They have a good sound though so they get bonus points for that. Also I’m admittedly very biased towards stoner metal, though I try not to be. The cover is really bad though, that bright red is hurting my eyes, even if it is supposed to represent the blazing heat of the sun (which this band on their bandcamp says they’re trying to create with the “music of the desert”).