I’m actually really disappointed. Not that this is bad,  I knew from the start that this would be awful. A self labeled christian death metal band from Oklahoma with a glaring red and black bandcamp page, topped off with a 10$ price tag for an independently released debut? Nothing but wrong could come from that. What I’m disappointed with is that this wasn’t as hilarious as I thought it would be. I mean sure, the midis at the beginning were pretty jokes, and the insanely cringeworthy lyrics are gold, but that’s all there is to really laugh at here. Because as a whole, this is just really bad death metal. Bad, and very, very repetitive death metal. That guitar tone is so fucking annoying that I stopped listening 3 tracks from the end because I had a huge fucking headache and had to take an ibuprofen and lay down for a while.

God this is like 50 minutes of someone beating your skull in with a steel cross. Is this how demons feel when they get exorcised? Fuck no wonder they leave, I wouldn’t want to experience hell in two places at once either. Devil probably pays like shit anyway, with no benefits at that, I wouldn’t need any more shit from surface-goers. Probably move to haunt a Buddhist house, they’re supposed to not kill things. 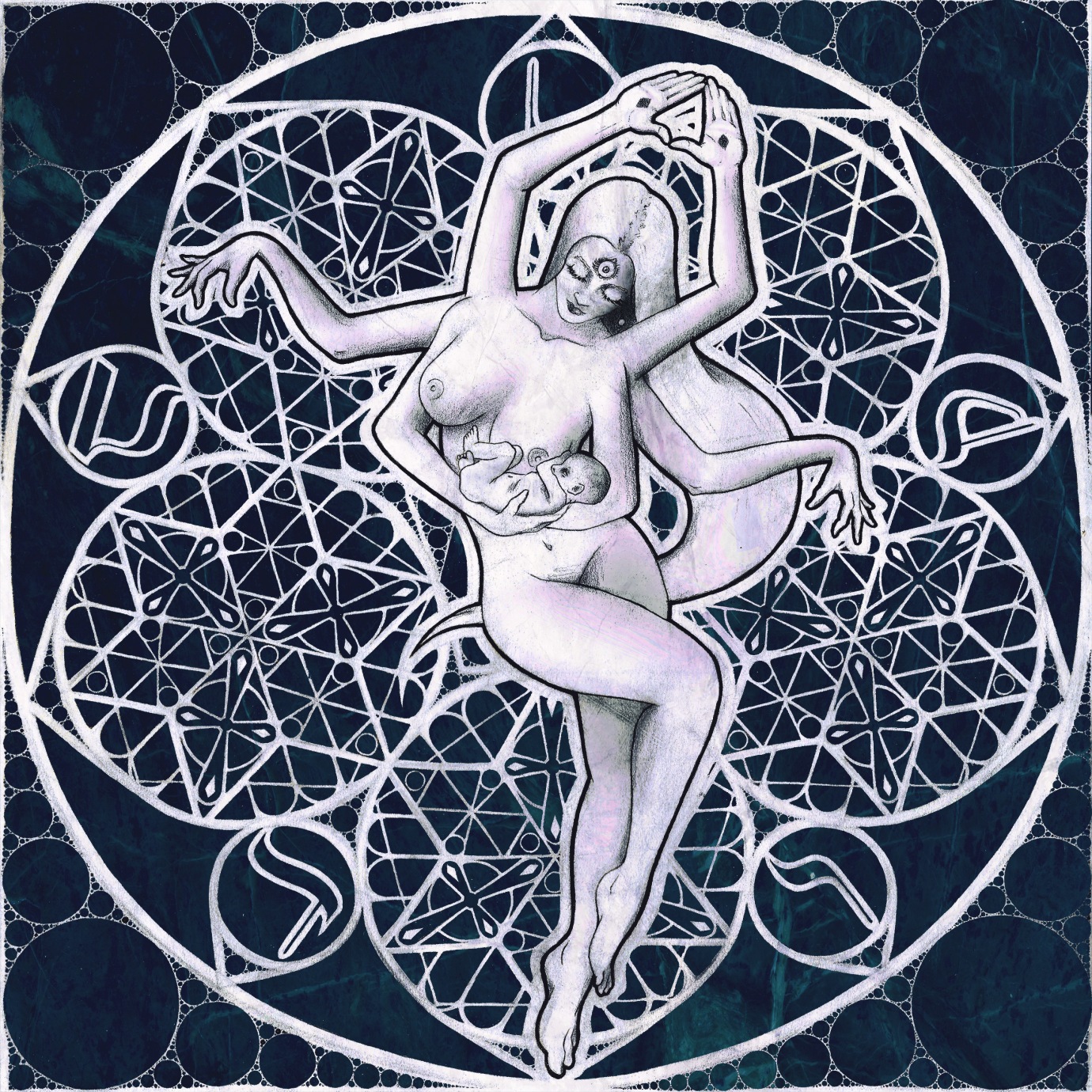 First off, Ashes Dancer would’ve made a much more interesting band name, and Astral Path would’ve been a cooler album name, for what it’s worth (especially considering another metal band named Astral Path already released an album this year). Other than that, this is just pretty good prog death. The melodies are good, but not amazing, following very predictable patterns and chord progressions, but being relatively pleasing nonetheless. The band can craft some mean solos though, especially on Drag Me Down, which is easily my favorite track on the album.

What really gets me though, is the deathcore-lite breakdowns and chugging that infects that whole album for no reason at all. I feel like there’s supposed to be a sort of spiritual element to this record (at least with indications in the band name, opening track, and prelude), going through sort of new agey/faux-indian classical elements that are brought up on certain tracks and then dropped completely. However everything about this is so god damn produced, clean, and corporate that it makes them feel like a gimmick rather than giving the album any serious conceptual weight.

Again, this album is good, but I wouldn’t quite give it the recommended tag. There are plenty of other prog death albums that are this level of quality, and plenty more than have the same level of high value production, but also offer something more than what you would typically expect. 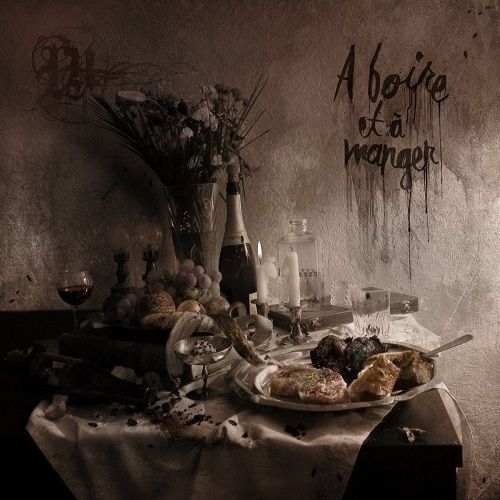 My initial reaction to this album was of immense disgust and displeasure. There is such a thing as trying too hard to go for an aesthetic. I understand an album trying to sound french, but there’s a difference between sounding french, and shitting baguettes and snail guts while a mime silently sobs in the background. I could feel myself growing fatter and bitchier, my skin starting to glow pale white, and I had almost completed my full transformation into a high school goth girl while this album played. However as I listened, I began to realize that despite my initial objections, and despite my undying disdain for albums that try too hard to get a certain sound, I had to admit that this shit actually kinda works.

Sure, the saxophones, accordions, operatic female vocals, violins, bass, acoustic guitars, piano, circus samples and so forth was a lot to take in. At times too much. But I had to think, if I were to try to make french boutique black metal, could I really do any better? Objections to the concept aside, taking it for what it is, could it have been executed better? The answer I believe is an honest to god no. As deplorable as the Satie cover could’ve been, it’s probably the best black metal cover a Satie piece I will ever hear. In fact as much as it pains me to say it, that’s probably the best track on the album. Sure there’s the issue of 80% of the album being a variation on the same chord progression, but the kind of music it’s based on is not exactly variable in nature.

I can’t really say I loved this album, but taking it for what it’s worth, I feel like this is an interesting enough take on black metal, that’s done in a way that’s not quite obnoxious enough to be unbearable, and for that, I have to at least give it a seal of recommendation, if anything else for the fact that it’s a curiosity. 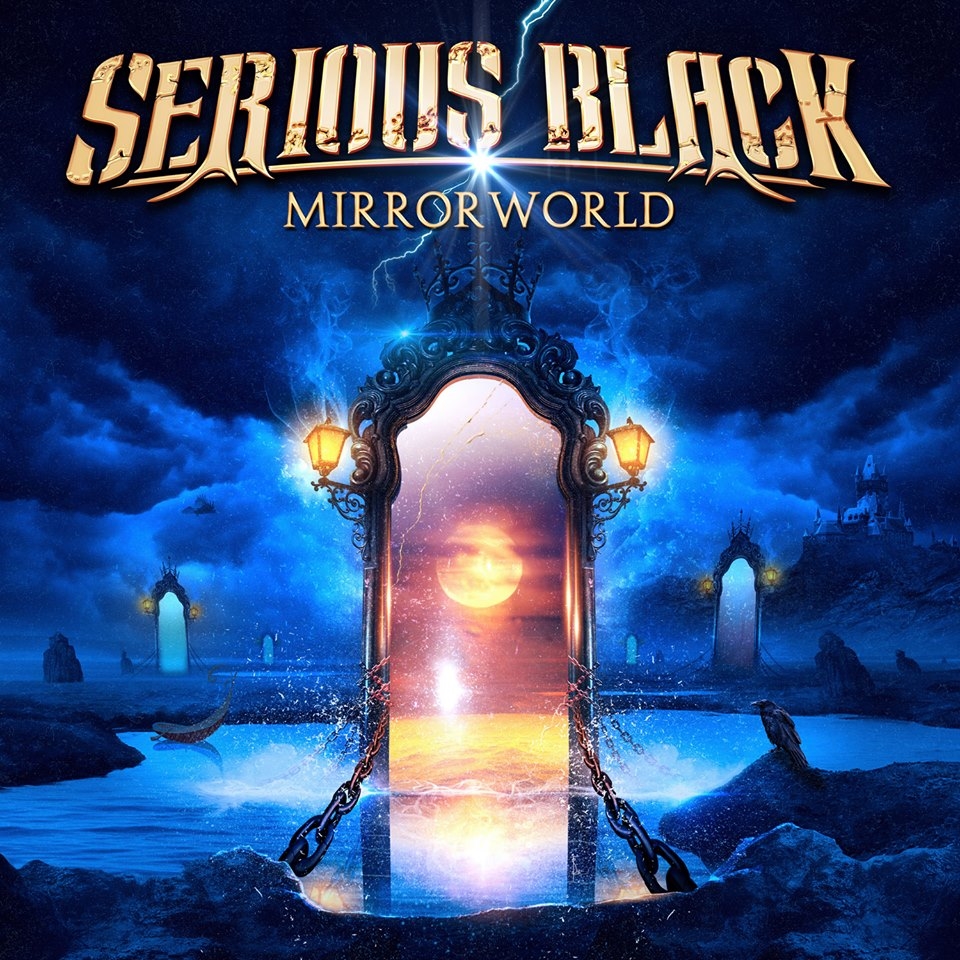 The album honestly feels like something that was designed to be thrown into the bargain bin. It was released only a year after their initial debut, and is even shorter than said debut. Tracks like As Long as I’m Alive, Castor Skies, and to some extent Mirrorworld are decent tracks, but the rest of the album feels totally uninspired, by the book acceptable power metal. Serious Black does the bare minimum to make their songs entertaining, and as a result comes out with something that listens more like a bag of junk food. It fills the gap in your stomach, but gives no nutritional value, and acts as nothing more than a stop gap for when your next real meal takes place. 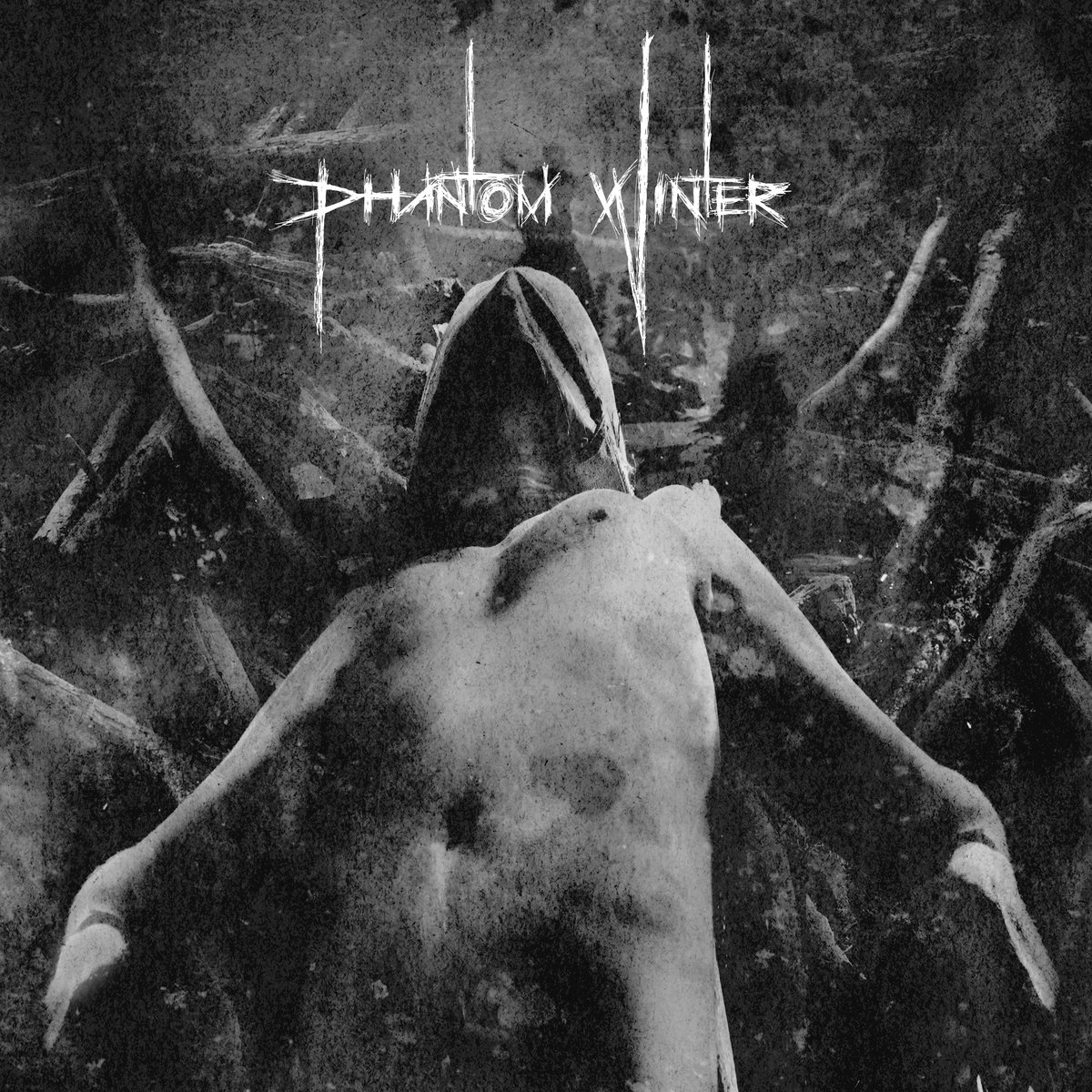 I really like the direction the band has gone with this album. Their last record was much more on the heavy sludge side, with some atmo sludge elements, and here they go much more on the atmo sludge side, with very heavy sludge elements. I really enjoy the sort of soaring, climactic approach to a dirty, heavy sludge album. Songs like The Darkest Clan embody this more than anything, giving a sort of grander scale to the album, rather than staying close at home with the heavy sludge riffs. The album just feels larger this way, and the experience is much more unique than if they had just played loud and proud.

Hence why the first track is so inexplicably mediocre. Phantom Winter introduces the album by playing this noisy, chaotic sludge track, that tries to masquerade as atmo sludge. The doesn’t work, and makes the fact that the entire rest of the album doesn’t follow this trend all the more confusing, especially considering the consistent quality of the other 5 tracks. I think all Phantom Winter needs to do is give their 110% for a full album, and maybe up the time to around 45 minutes rather then 40, and they’re be approaching the 9/10 category. Really enjoyed this, some of the best atmo sludge this year.

I think this album demonstrates a difference between quirky and colorful. Colorful in my eyes is something that elicits imagination, creativity, and certain kind of lushness to the music. It feels like the band put their heart and soul into the record, and as a result creates an album filled with every color of the rainbow, in a truly unique and satisfying experience. Meta is just quirky. Sure it has some weirdness to it, with various electronic and orchestral oddness, but it the melodies are so ridiculously uninspiring that I can’t help but feel both bored and disappointed the whole way through. There are brief moments where I think the album hits (Mezolit for instance), but for the most part it feels like Thy Catafalque through a bunch of related shit together, strung it over the same few melodies, and hoped for the best. Not to mention the album is over an hour long, with a 21 minute track that feels exactly the same as the majority of the album.

Sure Meta has a lot of parts to it, but I would rather have an album with a few well crafted parts that go together, than an album that throws a bunch of different things together that come off as a bit random, and end up sounding the same anyway. A weird, yet pleasantly refreshing mixture of OSDM and tech death, while combining atmospheric and prog elements to create this otherworldly beauty. Echoes of Timeghoul and Mithras are apparent, albeit this record is much cleaner then either. I feel like the one thing I wasn’t really thrilled about was how directionless the tracks could be at times. It seems like there were moments where the music just sort of meandered, lazily arriving to it’s destination after much slacking off on tangents. In a way, this makes me feel like I’m having a space exploration, searching unknown worlds for what they hold. Starspawn and Meticulous Soul Devourment in particular give a much slower and calmer view of the album, whereas the other tracks are generally much more violent in nature. I really love how I can hear the environment of the planet in the music, like I’m going through and audio guided tour of some intergalactic hellhole.

While the 34 minute runtime isn’t really bad per say (think it’s actually around the perfect time for this kind of album), I think the first track is just overly long and lacks the necessary diversity for it’s length. It’s kind of funny how part two of Vitrification of Blood packs in twice the amount of imagination as it’s first part, while being half the length. This is especially concerning as that first track takes up a full third of the album. However it doesn’t take enough away from this album for me to not give it a fantastic score, as this easily one of the top death metal records this year.

Too much black metal honestly. When working as this blackened, surreal and somber funeral doom (though, more just very slow and depressive black metal) record, the artists intentions of creating a look into suicide and evil is realized in a fantastic way. I love the piano, I love the relaxed and cold guitars, and I feel like I’m getting a unique experience. There’s just too many blast beats. I feel like the middle two tracks are just sort of there, more as filler than anything else, and when it gets aggressive, it loses all of what makes the music so enjoyable. The vocals are also a bit subpar, trying just a tiny bit too hard to be harsh I think. The album is a bit uneventful, but when it works, it works well, and I can truly say it’s the only one of it’s kind I’ve listened to this year.

Really nice peice of atmoblack. I love how thin the production is, it gives this music a far out, wispy vibe, that at the same time doesn’t sound softer, or really stereo-typically “cold”. It’s sort of just ghostly, spectral even. It’s sort of a unique atmosphere that gives the music some flavor, even though the musical contents aren’t exactly anything new. I feel like it’s too long, especially since it lacks variety, however it was still very enjoyable for what it was. 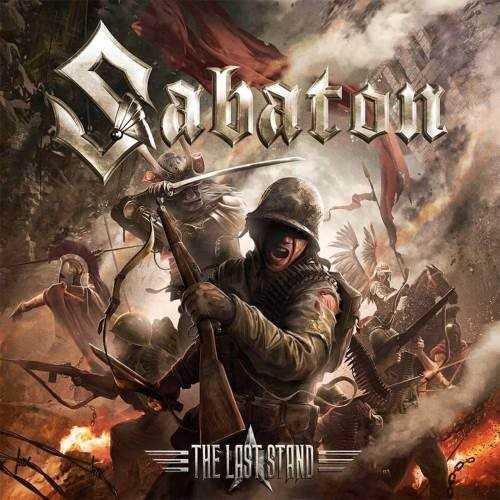 It’s Sabaton. You hear one album, you’ve basically heard them all.

The Lizard in Black
Blog at WordPress.com.