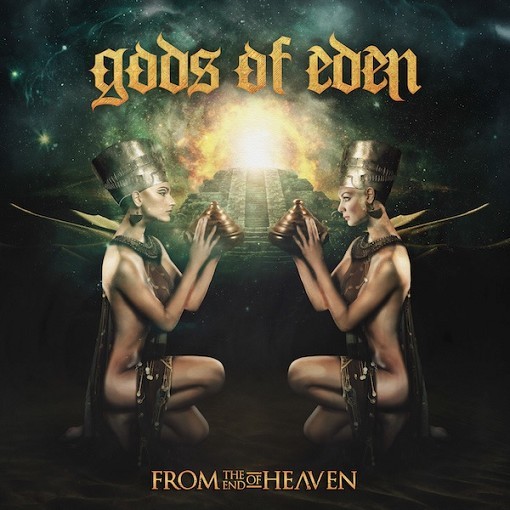 An example of when technically meets little frugality. There’s lots of emphatic and over the top technical sweeps and riffs on this record, probably more than what even the most prolific tech death bands can produce. The problem is that there’s little weight behind them. Behind all of the over-produced and epic runs, all the samples, all the ancient Egyptian themed intros and various timbres along the way, lies a big fucking stack of nothing. Despite being a melodic death metal album, there is very little in they way of true melody here, rather just djent-chugs and drifting between chords to shred with. Even though the technicality IS impressive, it feels more like they’re just showing off. The entire album sounds like the band desperately wants someone to take them seriously, but I have a hard time doing so when I here midi pianos that sound like they came off some shitty touhou piano arrange video on youtube. From the End of Heaven is a remarkably bland album that sounds more like the band members are practicing scales rather than creating music. Even the most shallow of music appreciators will get nothing from listening to this.